What to do: Create your own version of the old-fashioned shell game by hiding a Cheerio under a cup and seeing if your baby can find it. This simple activity reinforces object permanence, a major concept. 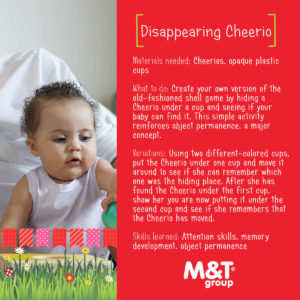