Happy October to all my moms out there!

The year is getting sunnier and longer with every spring day edging toward the end of the year. Before you start to panic about planning your yearly holiday or shopping for Christmas presents I have to share a story I thought was pretty funny and reminded me of my children.

At my farm in the Karoo things are really coming alive again where they were hibernating before, except for my little animals. I found Blaze and Bella by the dam, noses to the ground with their ears up in amazement staring at something as if they were frozen in a beautiful Karoo themed painting. The only evidence that they were still moving was the harsh sniffs and snorts and the occasional swish of a tail. As I went to investigate I found these two, mother and foal, transfixed, perplexed, terrified even by nothing but an intricately patterned and hugely unimpressed toad. It was brilliantly hilarious. A meeting of two worlds: Amphibian meet mammal. Although the amphibian seemed far less excited about it then my furry mammals.

You should have seen the pandemonium the frog caused as it flip flopped and hopped back into the dam, and back to the safety of other frogs and its fishy friends.

Make Your Own Frog

What you will need: 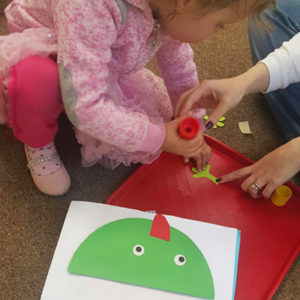 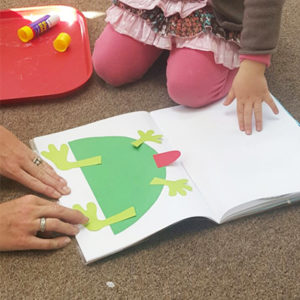 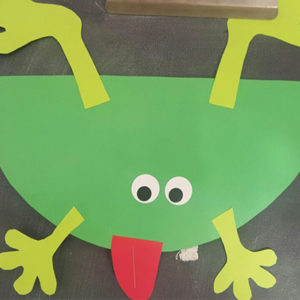 Cut out the green cardboard into the body of the frog, the yellow cardboard to create the froggies legs and the red to make a nice big long tongue. Let your Tot put all the pieces together.

And let a few plates drop. You only need your cup.

Getting Ready for Easter!